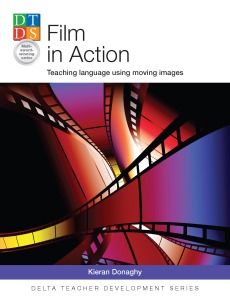 To celebrate the forthcoming publication of my new book Film in Action for DELTA Publishing, I’m sharing some activities from the book in a series of  posts over the coming weeks. In this activity students respond to a viral video by creating their own video response. Here is a viral video which works well with this activity.

To celebrate the  publication of my new book Film in Action for DELTA , I’m going to share some activities from the book in a series of  posts over the coming weeks.

This is a wonderful short film I recommend you use with this activity.

WE’VE ALL BEEN THERE :: Short Film from Truce Films on Vimeo.

This EFL lesson plan is designed around a short filmed commissioned by Johnnie Walker Whisky starring Jude Law. In the lesson students watch the short film speculate about what it may be advertising and make their own short film as part of a competition to win a copy of my book Film in Action. The teacher who submits the best film wins a copy of the book.

Elicit or explain that a branded short film is a short film created for a company or product.

So the learners don’t see the company’s name or logo, you should start the film at 00:04 and pause before the closing credits at 05:49.

Divide the class into groups of three or four:

Hold a feedback session on their opinions.

Show the film a second time:

Hold a plenary session based on these questions:

Ask the learners to imagine that they are advertising executives who want to make a short film for a company or product.

Divide the class into groups of three. Each group chooses the company or product they want to advertise.

Tell the groups their task is:

Tell them they are going to perform and film their presentation.

Two learners perform the presentation, while the third learner is the film director whose role is to:

When the ‘director’ is happy that the others know their lines and has set up the scene:

The director sends you a video file. You watch the video files and give the learners feedback on performance and pronunciation. If you would like to enter your students’ short film in the Film in Action competition to win a copy of the book send a link to the film to kieran@kierandonaghy.com 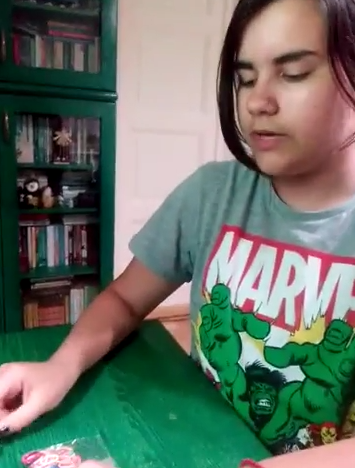 Here I am showcasing one of the entries from the Film in Action film-making competition.

My name is Bozica Saric-Cvjetkovic and I’ve been teaching English for almost ten years at a state primary school in Serbia. I also teach private one on one lessons at home.

This video is made by Miona Pavlovic. She is thirteen years old and preparing for B1 level of English. She chose the topic herself and named it  “How to make a bracelet from small elastic bands”.

I hope you enjoy the video. Perhaps your students could create a similar video.

Here I am showcasing one of the entries from the Film in Action film-making competition.

“I am Vanja Fazinic a secondary school teacher based in Croatia. Here’s is my students’ film – a how to video . The video is not a typical how to video and maybe not quite what you expected, but that’s the way my students are!  I hope you will like it anyway. My students enjoyed immensely the process of creating it, despite a few bumps along the road!”

I hope you enjoy the video. Perhaps your students could create a similar video. 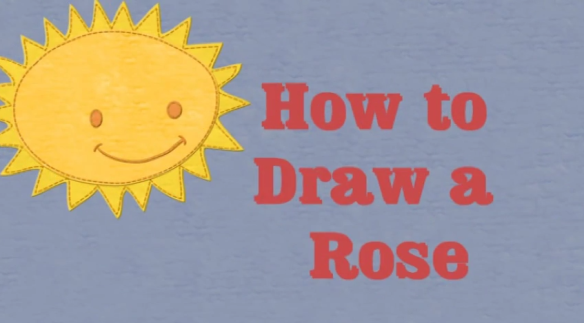 I am showcasing entries in the Film in Action film-making competition. Here’s an excellent entry from a Ukrainian teacher and her student.

“I am a teacher from Ukraine Olesya. I work in school in a small town Kirovograd.  My pupils and I like creativity very much.We usually use out telephones and make videos during the lesson for 5 minutes. Once a month we have a motto “ no paper during the lessons only devices “Pupils like it very much and create something new! I learn a lot of interesting things from my pupils. Lera who is 12 created this video for the Film in Action competition.”

I hope you like Lera’s video. Perhaps your students could create something similar.

To celebrate the publication of Film In Action which is now available in book shops and on Amazon, we announced a film-making competition in which your school could win the following fantastic prizes:

Our competition used an activity from Film In Action in which students had to make their own ‘how-to’ videos using a mobile phone or other mobile device. We had a wonderful response from teachers and their students throughout the world, and deciding on the winner was very difficult because of the high quality of the videos. However, we have finally decided that the prize should go to Nick Caine and his students Takahito Tomonaga and Atsuhito Nishimura at the University of Nagasaki in Japan.

Here Nick tells us about himself and his student’s video:

“Hi! My name is Nick Caine and I have been teaching in Japan since 1997. I currently work at the University of Nagasaki. The production of “How to…” videos have been a component of our classes here for the past two years, and this year it was nice for students to have the opportunity to enter their work into the Film in Action competition. We aimed to explain very simple tasks around a Japanese theme that would hopefully appeal to a worldwide audience. Here is a video made by 2nd grade students that we would like to enter into the competition:

How To Make Miso Soup by Takahito Tomonaga and Atsuhito Nishimura.”

And here is the winning video.

Congratulations to Nick, Takahito and Atsuhito. We would like to thank all of the teachers and their students for the wonderful videos they have created. We will post all of the videos on the site in the coming weeks.

Film in Action is now in stock and can be bought at book stores and on Amazon. Remember that to celebrate the publication of the book there is a wonderful film-making competition in which your school can win state-of -the-art video-editing software and a signed copy of Film in Action. i would encourage all teachers who use Film English regularly to consider buying the book as the royalties which I receive from my books help me to keep Film English completely free. As you probably already know, maintaining the site costs me a lot of money and takes up a many hours of my time. If you can’t afford to buy the book yourself, why not ask your school to buy a copy.

I hope you enjoy the book and look forward to hearing your opinions on it. If anybody would like to write a review of Film in Action, please post it on the Amazon page or send me a copy and I’ll post it on this site.

Thanks for your support.

To celebrate the publication of Film In Action which is now available in book shops and on Amazon, we are delighted to announce a film-making competition in which your school can win the following fantastic prizes:

Your students are almost certainly creating their own videos and short films with their mobile phones outside school. We think it’s a fantastic idea to bring this creative video and film-making into the language learning classroom. In Film in Action there are lots of activities which encourage students to create their own videos. To help you get your students creating short videos in your classes our competition uses an activity from Film In Action in which students have to make their own ‘how-to’ videos using a mobile phone or other mobile device.  Follow the activity as outlined below:

Their videos should be no longer than 5 minutes and they have to upload them to YouTube and, you, their teacher, should send a link to the video to kieranthomasdonaghy@gmail.com before Monday 1st June. You should also briefly (in less than 100 words) describe your teaching context, name of institution,  the names of the students who made the video, and any other relevant information. All of the videos would be published individually in short posts on the Film in Action site. The winner will be announced on Thursday 4th June.

Here’s an example of the type of video your students could create.

I hope you and your students enjoy the activity and the competition.

To celebrate the forthcoming publication of my new book Film in Action for DELTA Publishing in April, I’m going to share some activities from the book in a series of  posts over the coming weeks.

Use this film or choose your own, and then move onto the activity as outlined below: